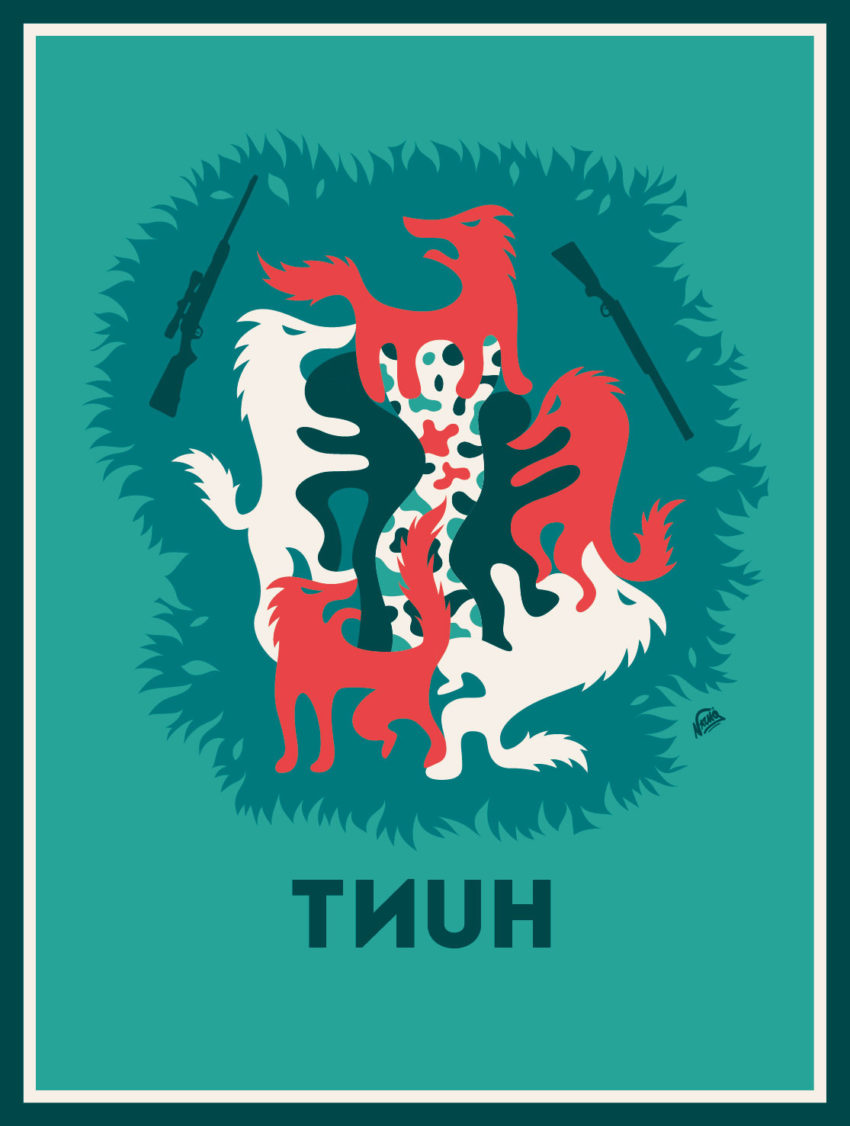 My father was a military doctor which meant that from a young age I moved with our family from city to city. We spent three years in Konya, where luckily my grandparents lived so I was spoiled by both sets of families, my mother’s and my father’s. I was not yet at elementary school and spend a delightful time listening to grown-ups chatting – especially at a the special tea parties called altın günü  – or “the golden day.” I made up stories from what I heard,  and wandered unseen like a ghost, eating delicious food and enjoying a child’s privileges. One of the oldest ladies, I remember, did not like me and warned grandma that she should scrunch the snake’s head when it is small. Since wasn’t a snake, I did not pay much attention to this old lady, but I felt her anger flowing towards me.

One day, it was the old lady’s turn to give the party, so my grandma and I dressed up, went to her house, where the women began to eat, chat and drink tea. I became bored and trying to find something interesting to play, wandered into the kitchen where this old lady came up, grabbed my arm, shook me while telling me that what a spoiled and arrogant girl I was. She dragged me in front of the oven, there was a big tea kettle boiling on it, she held my fingers over the fire. I was quite shocked, could not move or scream, and felt an acute pain from nails to my bones, as she kept saying: “You’ll go to hell and burn like this if you don’t follow God’s rules and be a good girl.” I cried out and ran to my grandma and as I could not speak for a long time,  made a fist to hide my fingers and insisted on leaving there, she finally understood what I was through. Then, they applied ice, rubbed cream on my fingers, etc.

I assume that I was five or six at that time. There was no single day when I didn’t see the image of hell and couldn’t feel its fire burning my body. Every day I wrote different scenarios where I was melting in the fire or God was screaming at me while I smelled of cooked meat. Images of the devil, creatures and giants came to my mind from the tales I read or was told; they were always dancing in fire and my hair was flames.

Nadia Semeratakis emphasizes that there is a corporal communication between the body and things, the person and the world, which points to the perceptual construction of truth as the involuntary disclosure of meaning through the senses and she adds that although the senses are a social and collective institution like language, they are not reducible to language [N. Semeratakis: 1996]. In my sensory memory, it was not only my fingers, but my whole body that had been thrown into the fire. I kept telling my friends and relatives that an old lady tried to burn my entire body in a large oven, just like the witch in “Hansel and Gretel,” sacrificing me to God in order to purge her sins. I suppose that was a moment of sensory self-reflexivity but I had to wait until I experience what as Semeratakis calls it in the same article “social and historical reflexity.”

It must have been some two years after this trauma, on 2 July 1993 by which time we had settled in Yalova. I was in front of the TV and saw the fire burning a large hotel building named Madimak. That incident will be preserved as  the ‘Sivas Massacre’ in historical and social memories. But I’d like to explain my own reactions. I was just eight, sitting at the dining room table, trying to finish my homework and looked up at the TV.

As Paul Connerton says in his book How Societies Remember, all beginnings contain an element of recollection. It was my beginning, my first poem emerged from my pencil as my parents cried on account of what they saw. But I did not cry nor react. I just wrote. As the speaker kept saying the musicians, poets, writers were burning alive I continued to write. The speaker was explaining that this was a celebration for the life of 16th-century Alevi poet Pir Sultan Abdal. Alevi intellectuals, for the most part, and two hotel employees died from being roasted alive. In the same book Connerton states that in all modes of experience we always base our particular experiences on a prior context in order to ensure that they are intelligible.

My three fingers were in pain, my legs, my tummy, my back were itching and getting red. I remember I dropped my pencil and stood up as I was hearing a melody on the TV – many years after I figured it out that it was Hasret Gültekin’s ballad “Harcanıp Gidiyor Ömür Dediğin” (“Squandering Away What You Call Life”). I was trying to tear my hair out, because I thought my hair was in flames as I had two years earlier. I recall that my father grabbed me and held me tight, telling me “everything’s gonna be all right”, but he was crying too. I knew that this was not a fairy tale fire and not a witch burning people. People burned people.

My skin had a physical reaction to this painful memory for nearly a week, according to my mother. The days passed, I grew up and forgot about everything, including the old lady.

After I published İskele (The Pier) my first book in 2011, people asked me when I started to write, and however much I forced my mind, the only answer I could come up with was that I has started making up stories when I was for or five and had physically learned to write. In 2014, I published my second book, Olivya Çıkmazı, (The Olivya Cul de Sac) and again faced the same question: “When did I start to write?”

I was wandering around at İstiklal Street with the same question in my mind when I heard a song on speaker playing from one of the bookstores playing on the street. It went: “Sivas ellerinde sazım tutuşur/Söz tutuşur canım türkü tutuşur/Teller bizi söyler diller yarışır/Özgürlüğü yazan kalem tutuşur”. (In Sivas, my saz catches fire, the words catch fire, the song makes my soul catch fire/  The strings make us sing, the couplets compete, the pen that writes freedom catches fire”). I entered the store asked who was singing the song. It was Group Yorum. I stayed there until the song was over, then I remembered a single moment when I was writing a poem in front of the TV, glancing up at the Madimak fire, I felt the same pain as I tried to tear my hair out. This was my personal memory as Connerton describes; then I left the store and began to sing Hasret Gültekin’s ballad, and this was my cognitive memory which was recalled by the lyrics and one of the terrible moments of my life.

I finally figured out how I started to write.

Sivas Massacre and its reflections

As I felt the fire on my skin, I made in Semeratakis’s words, my passage through diversity.  Words like “fire”, ‘Pir [sage] Sultan Abdal’ ‘Sivas’, ‘Alevi’, and ‘Madimak’ refer to a painful sociological memory in Turkey. But asking the same questions as Semeratakis asks, ‘How is the political experienced on the level of the senses?’. Leaving childhood memories behind, I read what I oculd find on Sivas Massacre.

During the celebration in memory of Pir Sultan Abdal, people were angered by the presence of Aziz Nesin, a writer who had translated and published extracts from Salman Rushdie’s Satanic Verses. The hotel was set alight, and fire claimed thirty-five lives including two hotel workers. Who were they? Asım Bezirci, Nesimi Çimen, Muhlis Akarsu, Metin Altıok, Hasret Gültekin…

If I try to figure out the political and poetic to be synthesized at what Semeratakis calls the level of everyday experience, what I find is the anniversary of the massacre and a hotel turned into a museum. Besides these acts of memorial, no one accused of this massacre received proper punishment. Perpetrators of Madimak, stayed in prison for a short time and they were released early by the government. So, what is the meaning of creating a memorial/historical place for the victims?

Politically and sociologically, the Madimak taught people to mistrust justice system. As the first massacre to be broadcast live in Turkey, the Madimak Fire or Sivas Massacre, caused decompositional movements among the public. It underlined that ‘whatever you do in Turkey, even you if you burn people alive, it will be forgotten’. It was a lesson that was relearned in the case of Berkin Elvan, the 15-year old boy forced into a fatal coma when hit by a police tear gas canister during the Gezi Park protests in 2013 or  Abdullah Cömert whose family still seeks justice on their own for a similar incident.

Whenever I start to write something, my fingers get hot and I feel fire under the roots of my hair. Then I remember the line, quoted all too frequently in Turkey since the Gezi protest movement: “If we forget, let our hearts dry up.”